Boutique Hotel: from Studio 54 to today. The concept of the boutique hotel was born from the idea of two characters as much discussed as visionary: Steve Rubell and Ian Schrager.

Have you ever heard of Studio 54 in New York? Well, Steve and Ian are the two founders of what is still considered the craziest disco of all time.

Studio 54 was certainly a social study, for this reason no one has ever managed to recreate something like this.

Freedom, joie de vivre, excesses are only some aspects that have characterized this club. Mileage queues to enter and inside an explosive sound seasoned by the presence of extraordinary guests.

The structure in the past was a CBS theater and television studio and gave everyone the opportunity to express freely.

On the stage everyone was a leading actor, famous and not, united by the fine line of transgression and pure fun with the notes of disco-music.

After closing Studio 54 for tax fraud, Steve and Ian created a new Disco: The Palladium. But above all, they entered the hotels business, creating the first Boutique Hotel in 1984: the Morgans.

The success of the Morgans was followed by the Royalton Hotel, the Paramount Hotel and the Hudson Hotel, all furnished by designer Philippe Starck.

Morgans Hotel Group introduces the concept of lobby socializing in the hospitality sector, that is to say, the hotel becomes a place for meeting and socializing as well as for a temporary stay with a touch of "cheap & chic".

Luxury becomes affordable for many, offered in a sophisticated and stylish environment.

Schrager also introduced the concept of Urban Resort, the hotel as a "lifestyle" which is reflected in its Delano Hotel in Miami or the Mondrian Hotel in West Hollywood.

After Rubell died in 1989, Schrager in 2005 sold his Morgans Hotel Group to create the Ian Schrager Company which manages and owns several hotels and residences in partnership with Julian Schnabel.

In 2011, Ian launched the latest hotel brand in Chicago: the Public.

The purpose of this new chain is to make luxury at your fingertips without sacrificing quality, lowering rates thanks to the reduction in running costs: a successful project in Chicago, New York (with the 367 all different rooms in Chrystie Street, 215 - Bowery district), Miami, London and in many other parts of the world.

The formula of boutique hotels also seems to be successful in Europe where you can really focus on quality at prices below 200 euro, without sacrificing exclusivity, originality and refinement of the services.

Thanks Ian, thanks Steven for inspiring not only us but thousands of hoteliers around the world.

Below a video not to be missed in memory of Studio 54 and its protagonists. Click on the photo and enjoy! 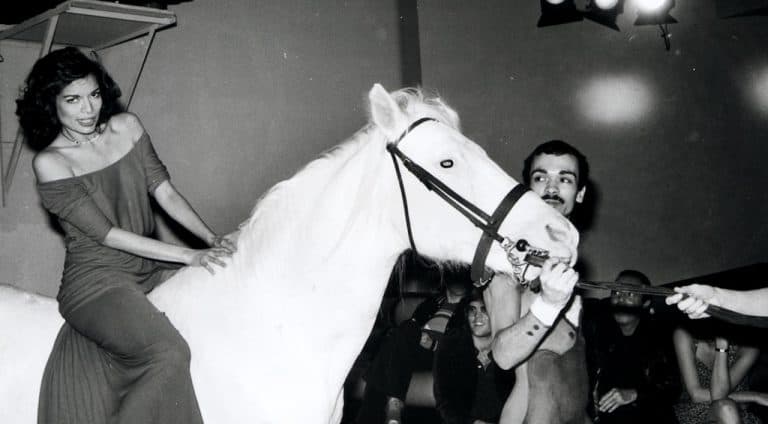